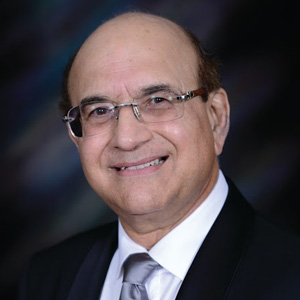 Raj Mehta, Chairman & CEO
For Raj Mehta, chairman and CEO of Infosys International, nothing is more important than upholding superior work ethics. By treating his clients, local and federal government agencies, as partners and working closely with them, Mehta has not just brought benefits to clients through successful solution implementations, but his empathizing approach in dealing with clients has placed Infosys International in a reputable spot in IT consulting landscape.

His brainchild, Infosys International, a certified minority business enterprise, has been offering IT products and services to equip local and federal governments in the U.S. with modern technologies. Whether it is upgrading a county’s infrastructure to cloud-based services, developing anti-terror mobile technology, or developing apps for agencies, Infosys International provides a wide range of solutions and toolsets to help government agencies meet the market demands. Infosys International, being certified partners of industry-leading IT companies like Microsoft, Infor, and PeopleSoft, also offers platform integration and network management services for government departments.

At a federal level, Infosys International has accomplished many remarkable infrastructure management services for the U.S. Department of Defense, the U.S. Air Force, Army, IRS, Air National Guard, and Department of Energy. The firm has also been a significant part of NY Metropolitan Transportation Authority’s “See Something Say Something” program and built a simple-to-use smartphone app for commuters to report any suspicious activity.

In the current era of e-governance, implementation of advanced cloud technologies has become an important mandate for public agencies. However, Mehta notes, “Since public agencies are subject to critical audits, the impact of adopting a new technology is vetted across multiple parameters which becomes highly time-consuming.” Particularly, smaller communities face more challenges in technology implementation due to financial constraints. While Infosys International works with governments of all sizes and stature, its affordable IT solutions aim to bridge the standards of public service operation between a federal setup and a small, local government system.

Two such projects–both developed for the first time in the country–help solve major problems for local governments.
One application, GreatNet, a shared government services, was developed for a group of agencies in Great Neck peninsula–municipalities, fire districts, schools, police and other organizations–to allow them to share facilities, equipment, and services. In a two layer approach, agencies can communicate needs to others and the public can access elected officials, emergency notifications, road closings, news, and calendars of all the agencies in one place. This application allows communities to keep the costs of government trimmed. The second application is for a Law Enforcement Agency in the New York State - an on-line pistol license renewal. This application eliminates long lines and reduces costs for license holders as well as speeds the renewal process by allowing for renewing online. Infosys International has designed and developed mobile apps for law enforcement agencies such as Crime Stoppers and See Something Say Something.

The Department of Health and Human Services for Nassau County, NY had an overwhelming issue of handling too many paper records for which they were not able to provide case documents to clients in a timely fashion. Mehta recalls, “They were literally drowning in over 60 million paper case-file documents.” Infosys International solved this predicament well within the county’s budget by developing a “No Wrong Door” system, an application that allowed case workers to access digitized case documents from the health agency’s general client inquiry software.

Under Mehta’s able leadership, Infosys International has reached numerous milestones. Today Infosys International’s 14,000-square-foot headquarters also houses a startup incubator known as the “digital ballpark” which currently mentors 16 startups from Long Island. As a visionary, Mehta foresees the mobile application market gaining a very promising foothold in the future of e-governance and looks forward to capitalizing on this opportunity. Striding ahead, he also envisages Infosys International growing considerably from a product innovation perspective to offer affordable solutions to smaller communities. 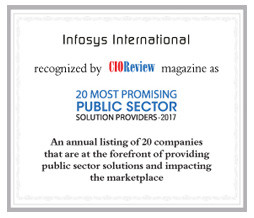 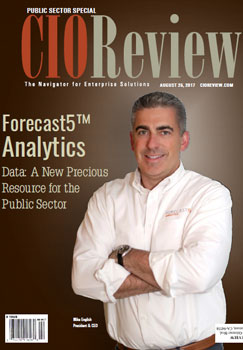